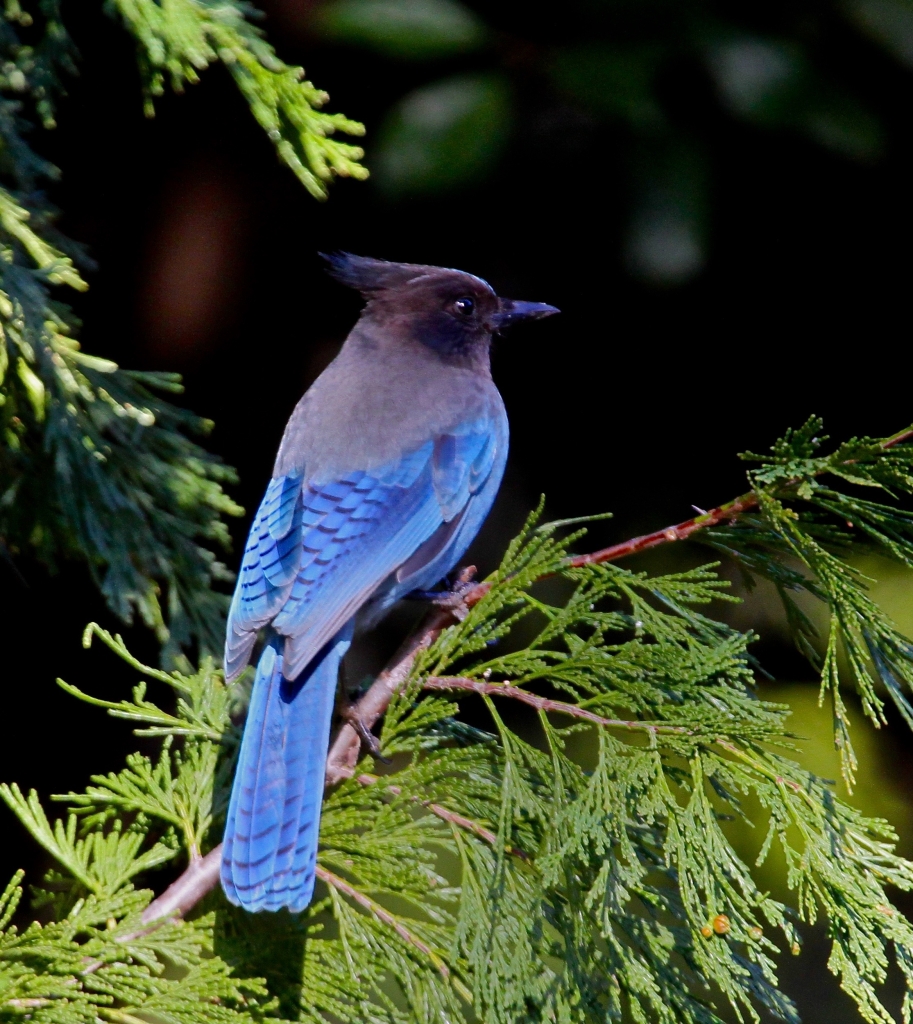 I nearly retired from being a school teacher a few years ago.  I say nearly retired because I am a frequent substitute teacher at the local high school.  A few months ago I was asked to substitute in one of the biology classes  To my delight, on shelves in the back of the room was an extensive collection numbering sixty three of stuffed birds.  They seemed to be in pretty good condition thanks to the Plexiglas cover over the shelves without any signs of bug infestation.
After a more thorough inspection of the bird mounts, I decided they were home made because of the wood block pedestals on which  they were all perched.  They seemed a little less stuffed than the mounts that the education committee uses for our grade school presentations.  Each mount had a small paper tag attached with a piece of string.    The tags recorded the common name, scientific name, gender, date and place of collection, and the name E.B.Richards.  I was excited to read that all these birds were collected over a hundred years ago in the first two decades of the twentieth century.

Later that day, I asked what the regular biology teacher, Mrs. Allison Cassel, knew about the mounts.  She, the third generation of a family of school teachers in the local schools, told me that the mounts had been in the back of the classroom as long as she had been a teacher there.  She showed me a drawing of the book cases done by her father many years earlier which served as a key to the birds.  It was her understanding that the collection had been discarded by a local library when Dick Soule, a biology teacher gave them a home at the high school.  Dick Soule was my biology teacher in high school five decades ago.  She couldn’t tell me anything about E.B.Richards, a naturalist of some ability and reputation.

A few days later Jim Groeser and I took the Plexiglas cover off the birds, made a preliminary inspection of the mounts and verified the identifications.  Some of them were out of place according to Mrs. Cassel’s key. We put them back where they belonged.  Several of the common names have changed since the early twentieth century and we made those notations on the key
After some research about the maintenance and preservation of the specimens I decided to “do no harm” and just leave them alone.  Specimens mounted in those years were generally preserved with arsenic, which accounts for their well preserved state, but makes handling them a safety issue.

Ed Pandolfino was successful in tracking down E.B.Richards’s article “Birds of the Grass Valley District” in the “Condor”, the journal of the Cooper Union Ornithological Society.  In it, Mr. Richards comments on local species and their abundance and migration habits in and around the Grass Valley area.  The paper was published in 1924.  Ed also suggested Rudy Darling do a comparison between the bird abundances then and now.

More About E B Richards by Rudy Darling

GRASS VALLEY BIRDS THEN AND NOW
by Rudy Darling 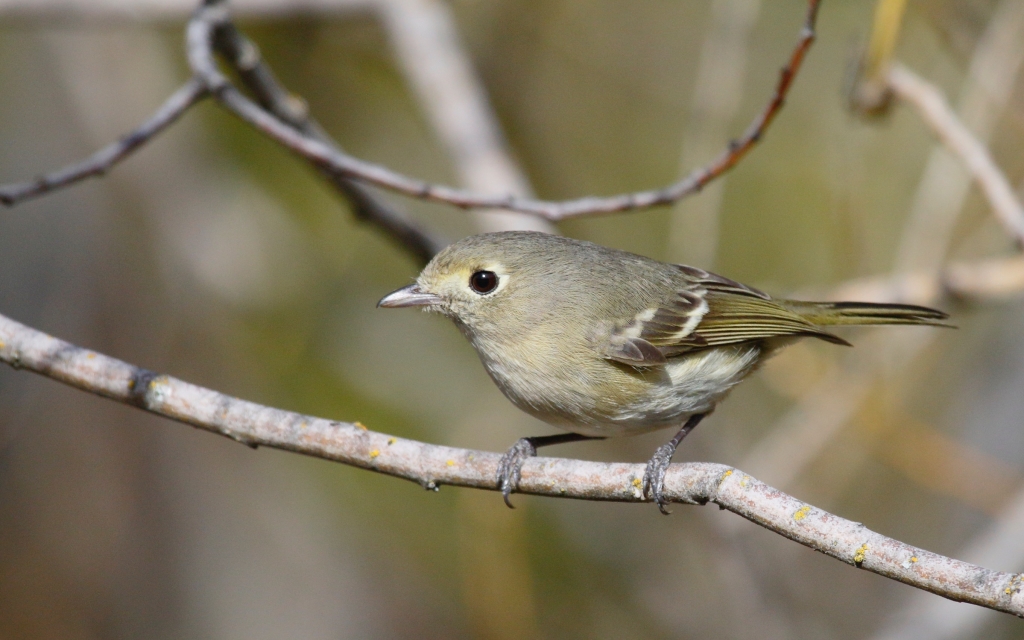 Thanks to the efforts of Dan Stewart and Ed Pandolfino, I have come into possession of a most interesting article titled, “Land Birds of Grass Valley District.” It appeared in the May 1924 issue of The Condor, the journal of the Cooper Ornithological Society. In it the author, E.B. Richards, lists the birds he has observed in a roughly ten-mile radius of Grass Valley, and offers notes on the species’ occurrence. I thought it would be fun to compare some of his observations to what we are finding today.

Two species immediately stood out to me. The first was his entry for Road-runner – “Resident in limited numbers in the southern part of the Grass Valley district.” When was the last time anyone saw a Road-runner in Nevada County, or even in northern California? There was one across the Valley a few years back that created quite a stir, so you know they must be rare around these parts. I did get one report of one at the LOP Wastewater Plant, but it did not stick around for confirmation, and I have my doubts. That would have been something, though!

The other eye-catching entry was for Pinyon Jay – “A large flock arrived here about the first of December, 1914. It soon became divided into three or four flocks, which were much in evidence till about the first of April, 1915, when the birds began to leave. My last record is May 25. That was the only time that I have known the Pinyon Jay to visit this part of the county.” Pinyon Jays are occasionally seen in the Truckee area, but any modern records of their incursion into western Nevada County are unknown to me. Ed did some research and found that in 1914 there was a complete failure of the Pinyon Pine crop in Nevada. This must have caused the birds to leave their usual range in search of food, and some of them wound up in Grass Valley. I can only hope it will happen again in my lifetime!

Here’s what Richards had to say about Common Nighthawk – “Fairly common summer visitant. Some years quite numerous in late summer.” Nowadays, nighthawks are fairly common in Truckee during the summer, but I have yet to encounter one anywhere near Grass Valley. Why and when did they stop coming here? 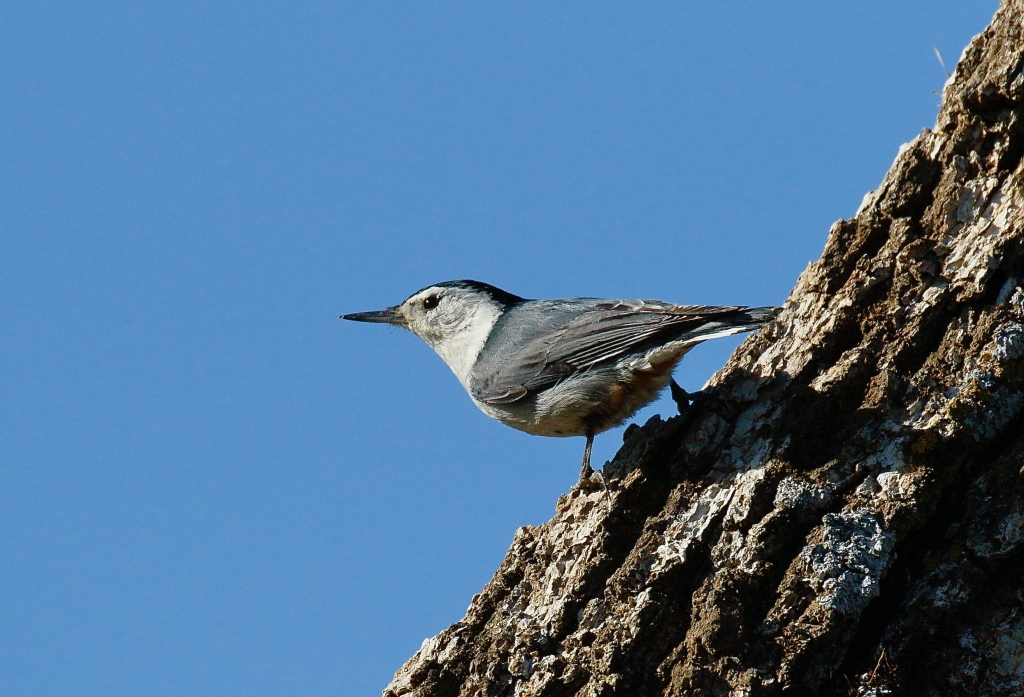 He reported the Swainson’s Thrush to be a “fairly common summer visitant in suitable localities. Ten years ago this thrush was rarely seen here, but it has steadily increased in numbers.” However, since then it has virtually ceased to be a breeding species in the entire Sierra Nevada. I have only encountered one of these in Nevada County (Malakoff Diggins) and know of only one or two other sightings. The Malakoff bird was singing, but breeding was not confirmed. There is currently a study being undertaken of Swainson’s Thrush occurrence in the Sierra that might pinpoint remaining populations.

An interesting occurrence involved the Bohemian Waxwing. Richards writes, “I know of but one occurrence of this species. In February, 1911, a flock of about one hundred appeared in the orchards east of Grass Valley. It soon separated into a number of small flocks which were much in evidence till well along in April, when they finally disappeared. Most of the time they were in the apple orchards, where they fed on the dried fruit still on the trees, though I found them feeding in the pine trees, as well. They attracted much attention.” If they showed up these days, in the age of birder list-serves, they would have attracted even more attention. Alas, the only modern appearance of this itinerant species in Nevada County of which I am aware was about 10 – 15 years ago in the Truckee area in the dead of winter. However, they are an itinerant species and do wander to where the food is, so who knows when they will next show up at an apple orchard near you.

Some species are notable by their absence in Richards’ list. Two that struck me were Red-shouldered Hawk and Cooper’s Hawk. Today the Red-shouldered Hawk is quite common in the county and Christmas Count data suggest that they are increasing in numbers. This is possibly due to the increase in small man-made ponds as the county population grows. These ponds serve up frogs and other food for the hawks. Richards lists Northern Goshawk and Sharp-shinned Hawk, without a mention of the most common Accipiter these days, the Cooper’s Hawk. Has the balance among these three relatives really changed, or is it an artifact of limited observation?

About the Purple Martin, Richards says, “A few years ago this bird was a fairly common summer visitant, nesting in the oaks and under the eaves in the business part of the town. During the last five or six years it has become irregular, and of decreasing numbers. The ever increasing colony of English Sparrows may be responsible for its desertion.” Starlings, too, I suspect. Now-a-days, a sighting of a Purple Martin in Nevada County is cause for celebration. For awhile after the 49er fire, several martins were observed nesting in the burned areas on the bluffs over the South Yuba River canyon. The snags in which they were nesting have begun falling down. I have not heard a report of a Purple Martin in the county for several years.

He says about the Cassin’s Vireo, “Seen only in late summer…” He surmises that a couple of specimens “taken” (that is how bird study was done back then – shoot and stuff them) for his collection were migrants. Any birder who is out and about in May can tell you that these birds are very common breeders in the area. Was this a lack of observation or an actual change through the years? It really helps to know the songs of some of the local species to really get a handle on their numbers. The vireos are some of those. He does, however identify the other two vireos – Hutton’s and Warbling – as common summer visitants (then why couldn’t we find a Warbling Vireo on our Bird-A-Thon day? Arrrgh).

He shows the White-breasted Nuthatch as a “regular winter visitant in small numbers. Casual in summer, but not found breeding.” Really? Has the proliferation of bird feeders changed their habits? It would not be unprecedented. I could go on and on.
Perhaps I will in a later article. These were some of the more unusual observations I found. There were others. Stay tuned. As a side note, Mr. Richards’ collection of bird mounts is currently in a classroom at Nevada Union High School under the care of one of the biology teachers. It includes a couple of the 1914 Pinyon Jays.

What makes a Sparrow a Sparrow
by Ed Pandolfino
October 4, 2007

What makes a Sparrow a Sparrow?

You CAN tell the difference between call notes!

*The subspecies that normally winter in our area 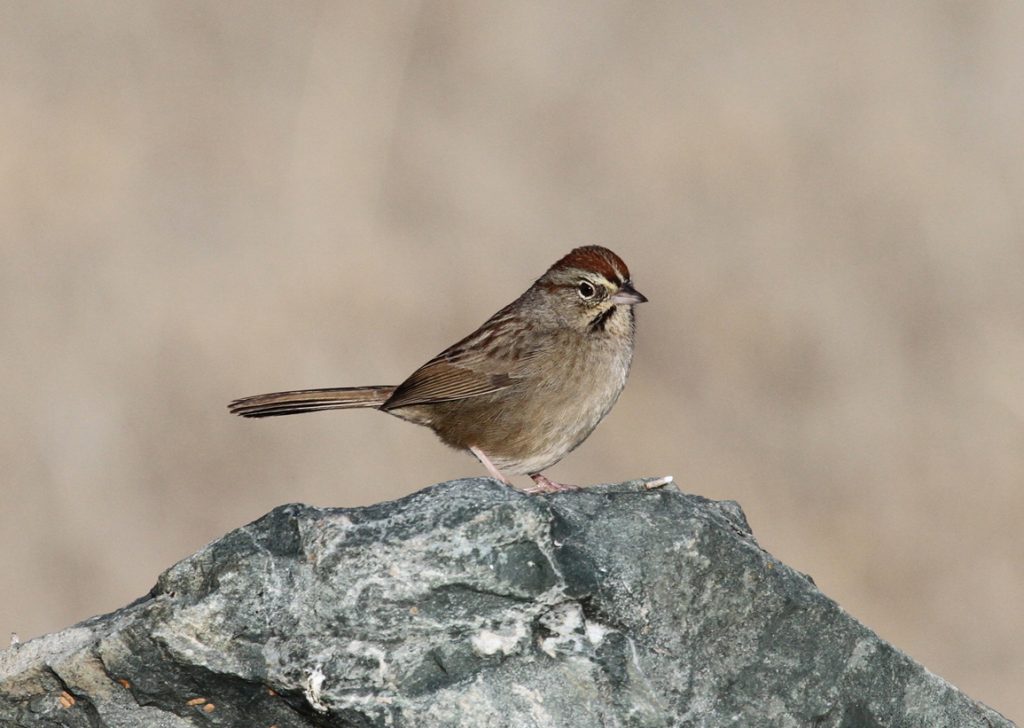 The other ‘Crowned’ Sparrows