Big Scientific Grants from SFAS for 2022

We may be a small Audubon chapter but we are serious supporters of conservation science. For 2022, our Scientific Grants Committee funded the following projects in the amount of $36,182, thanks to generous donations from our membership. Here’s a quick summary of each project we funded. 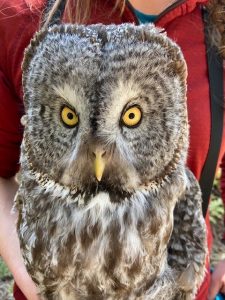 This project will tag and track Great Gray Owls in Yosemite National Park to improve foraging habitat and to make roadsides less attractive to the owls, thereby reducing vehicle collisions. Great Gray Owls nesting in the Sierra Nevada constitute a putative subspecies (S. n. yosemitensis) that is isolated from the rest of the North American population and likely comprises fewer than 100 breeding pairs. It is listed in the California Endangered Species Act as SENSITIVE.
Project Leader: Ramiro Aragon

Institute for Bird Populations: Surveying birds for pre- and post-restoration monitoring at meadows in and near the Little Truckee River watershed. 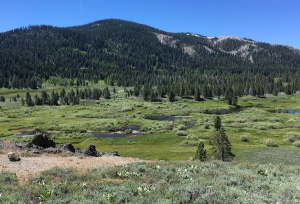 Institute for Bird Populations: Understanding molt patterns and improving age determination criteria in Williamson’s and other sapsuckers to aid conservation. 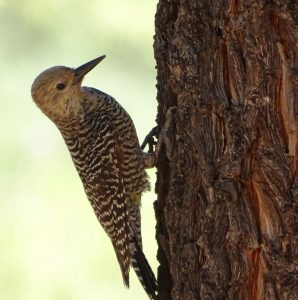 This project will investigate and describe molt patterns in the four Sphyrapicus sapsucker species, Williamson’s (S. thyroideus), Yellow-bellied (S. varia), Red-naped (S. nuchalis), and Red-breasted (S. ruber) Sapsuckers. The primary goal of this analysis will be to investigate molt patterns of these four species as related to modeling of age structure and the application of results to the conservation needs of these four species. A second goal of this study will be to compare molt patterns among the four sapsucker species, each of which has differing habitat requirements, migration regimes and conservation requirements, to better understand the evolution and ecological drivers of molt strategies in this group of species.
Project Leader: Peter Pyle 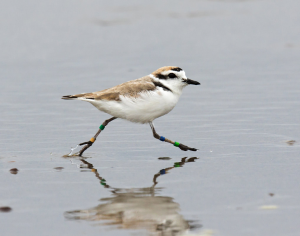 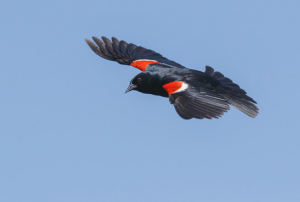 This project conducts research on Tricolored Blackbirds throughout California, with an emphasis on detecting, monitoring, and determining the fates of colonies in the upper San Joaquin and lower Sacramento Valleys, the Coast Ranges, and the Central Coast. Since 2007, Dr. Meese has been banding birds at their breeding colonies and at one non-breeding location. He has banded over 104,000 Tricolored Blackbirds (current to November  2021,) from southern Kern County to northern Colusa County, and has recaptured 2,900 of the birds he has banded. Dr. Meese collaborates with Cornell University researchers to analyze the recapture data to estimate life history parameters and to document patterns of movement. The Tricolored Blackbird is listed as THREATENED by the California Endangered Species Act.